Big Hair Was Cool, and Other Things I'll Talk to My Pre-Teen About

In my on-going endeavors to improve the lines of communication with my almost 12-year old son, and preceded by my previous post on the topic Parenting Lessons -- That's My Job, No One Else's, I did achieve a small victory.

A couple of days ago, Zach and I were sitting in his room and the topic of Paul's and my experience when we were younger came up. Zach became so interested that he kept asking questions. He laughed when I told him how Paul caused a grass fire on his school field, about the awful things I used to wear, as well as the height of my bangs (big hair was so in -- the bigger the better!). He kept asking question after question about what I did at school and after school...who I hung out with...did I go to concerts...did I have boyfriends (sure did! That would be Nick Rhodes from Duran Duran) -- he wanted to know about our lives when we were his age.

Not a good picture, but it's old and shows how I teased every last strand
of my super fine hair to achieve the biggest head of hair I could try to get

What a breakthrough! We were communicating, and Zach actually showed an interest. I let the conversation remain light and did not bring up the more pressing issues that I do eventually want to bring up. The talk we did manage to have, however, was a great beginning.

I still feel good about our talk and look forward to another. It's only a small victory in the process of improving the lines of communication. But hey, I'll take it! 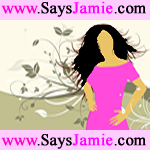 I'm a woman like most others, with issues that are important (stamping feet!). My kids don't listen to me. Paul thinks I'm crazy. I could go on... But, I'm lucky to have my family around me, a man who loves me, friends who are fun and caring, and the best girlfriends in the world who support me as I tredge haphazardly through this life. Welcome to this unorganized mess of Things to Just Say.